Born Again Trooper? Tickets for Jesus? Wtf? Ellen Bogan was stopped by Indiana State Trooper Brian Hamilton for speeding.   Apparently the Trooper was in a generous mood at the time as, rather then citing… Scroll down to read more!

October 9, 2014 / Michael A. Haber / No Comments
Born Again Trooper? Tickets for Jesus? Wtf?
Ellen Bogan was stopped by Indiana State Trooper Brian Hamilton for speeding.
Apparently the Trooper was in a generous mood at the time as, rather then citing Ms. Bogan, he exercised his discretion and gave her a written warning instead.
However, apparently no good deed goes unpunished as Ms. Bogan is now suing Trooper Hamilton for 1st and 4th Amendment violations, claiming, respectively, an unlawful co-mingling of church and State and an unlawful detention by law enforcement.
According to her pending lawsuit, after having tendered her the warning, and rather than walking back to his police vehicle (which was, obviously, still parked behind Ms. Bogan with its red and blue LEDs pulsing), Trooper Hamilton instead decided to ask Ms. Bogan, among other things, if she had accepted Jesus Christ as her Lord and savior.
The Trooper then took the opportunity to present her with a pamphlet from the First Baptist Church in Cambridge which informed the reader that he or she is a sinner, listed God’s Plan of Salvation, noting that the person must realize that “the Lord Jesus Christ paid the penalty for your sins, and, advertised a radio broadcast entitled “Policing for Jesus Ministries.”
Ms. Bogan, who is not affiliated with any church, stated that “I don’t go to church. I felt compelled to say I did, just because I had a state trooper standing at the passenger-side window. It was just weird.”  In her lawsuit she alleges that the Trooper’s behavior was “coercive, unwarranted and extremely upsetting” and that “the whole time, his lights were on {and} I had no reason to believe I could just pull away at that point, even though I had my warning.”
Memo to Trooper Hamilton:  Jesus probably would have appreciated your generosity in saving Ms. Bogan the aggravation associated with a traffic citation, but when you are on duty you are expected to enforce “Man’s”, not “God’s” laws.  Pass out all the pamphlets and “enlighten” all the foilks you wish, on your time and in civilian clothes.  You may have pleased Jesus and earned a spot at his side in the afterlife, but you have definitely earned a decommendation (at best) in your personnel file, as well as a blemish on your entire agency,  in the here and now.
Memo to Ellen Bogan:  Slow down and lighten up.  You got a warning (which is a win), you probably won’t collect any monetary damages from your lawsuit and my guess is that neither Jesus nor the IHP will be pleased with your ACLU fueled overreaction. 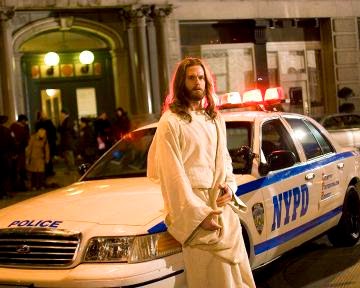 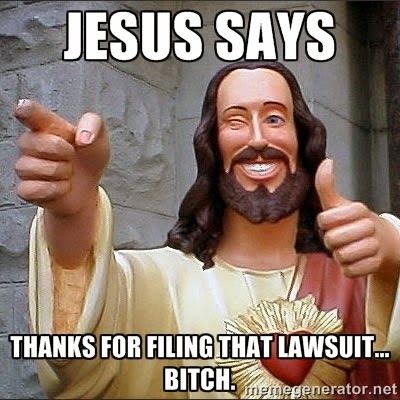 Since 1991 Michael A. Haber, P.A. has been creatively, effectively and zealously representing clients, both juvenile and adult, in both State and Federal Courts, in criminal cases ranging from DUI to drug trafficking and from misdemeanors to first degree murder.
At Michael A. Haber, P.A. “Its all about reasonable doubt”!
Michael A. Haber, Esq. is prepared to speak with you about your case!
1-888-SHARK-8-1, 305-381-8686, 305-798-2220, **ARRESTED, **305DUI, **MIAMIDUI, **MIAMILAW or **HABERLAW.
Follow Michael A. Haber, P.A. on Facebook by going to the following link and clicking the “Like” button:  www.facebook.com/haberpa