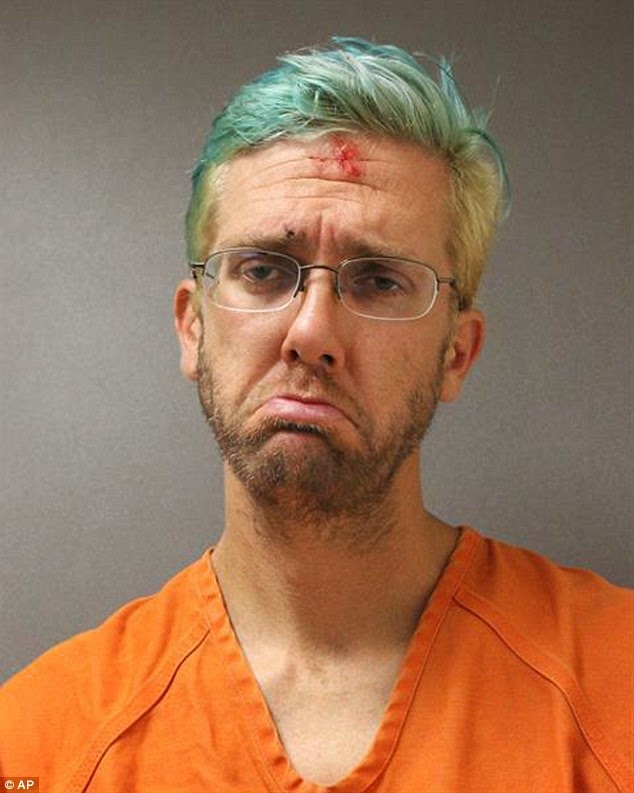 Cops arrested Gabe at about 3:00 am on Sunday, November 16th, 2014, after Taco Bell employees called 911 on him.  The cops were not summoned because Gabe was dangerous or threatening or in response to an attempt to rob the place or even because he was trying to order things that they don’t make / serve.  No.  In this case the cops were called, “911”, because Gabe was on a bicycle in the drive thru, and apparently that is not acceptable per Taco Bell rules.
Well, here’s a little memo to Taco Bell: 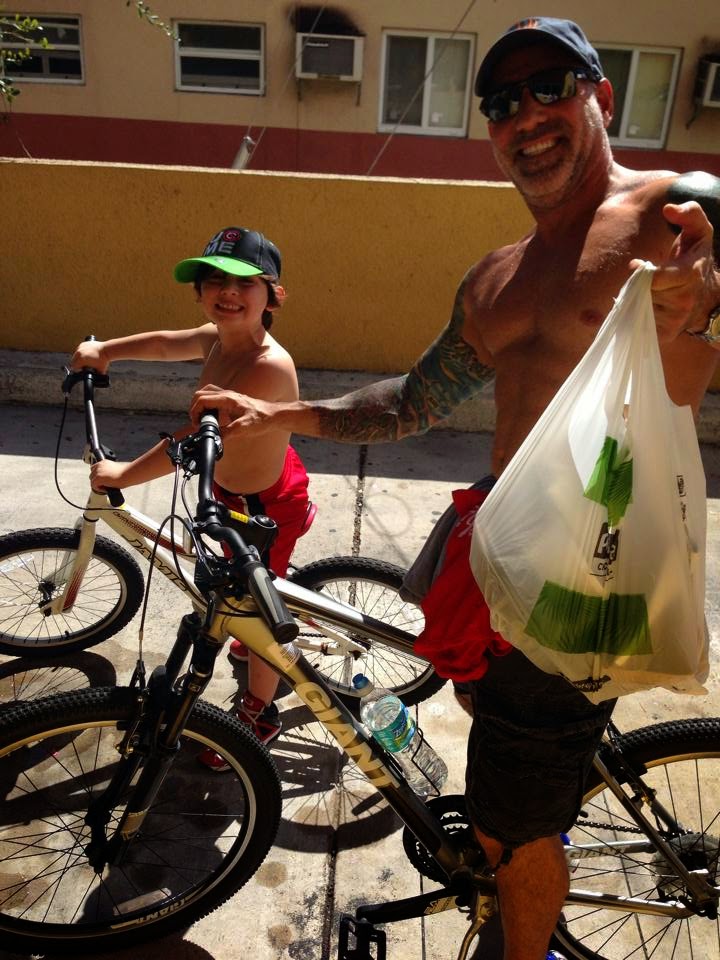 You see that?  That’s me and my kid, on bicycles at Pollo Tropical, another, and a far superior and apparently significantly more tolerant, Latino oriented fast foot place.  We are in the Drive Thru, on bicycles, with cars in front of us and cars behind nonetheless, and not only were we served, but we were served with a “thank you”, a “please come again” and, for a kicker, the attendant even took a moment to take our picture. 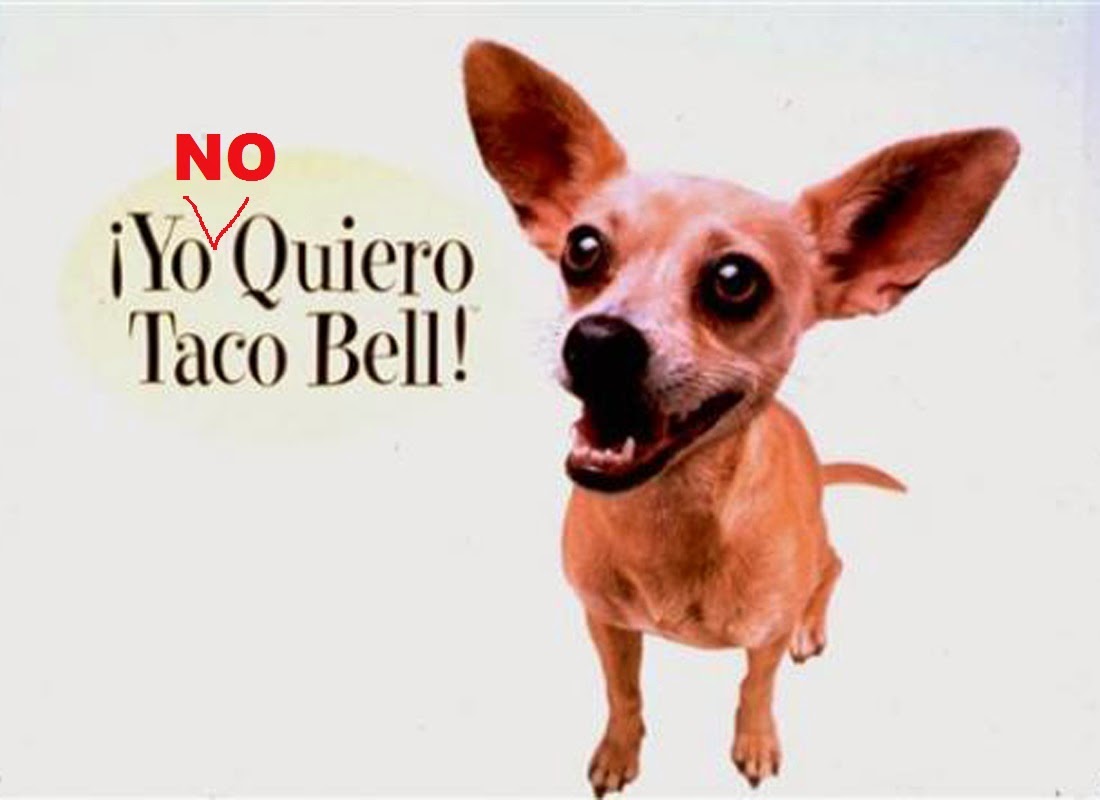 I don’t eat your crappy food and guess why?  Simply, put, its because you, and your “product”, suck. 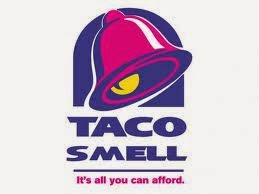 As for the New Smyrna cops who arrested Gabe, sad sack that he is, and charging him with resisting with arrest over this BS (when you should have instead either – or both – ordered the assclown Taco Bell attendant to “put up or shut up” or arrested the idiot who dialed 911 for violating F.S. 365.172(13) – Misuse of 911  Either way you made the wrong call and I consider this to be an EPIC Police FAIL!. 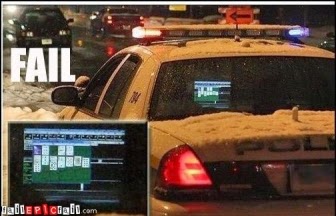 Your arrest hinges upon claims that Gabe didn’t leave the Drive Thru when ordered to do so, but you had no right to order him to leave in the first place.  He was lawfully there, just as my kid and I were at Pollo Tropical, and if anyone was in the wrong then it was the Taco Bell employee.  In further support of my argument I offer this:  I am NOT sympathetic at all to bicyclists on roadways or near traffic.  Anyone who knows me knows that I curse them regularly and that am not bashful in sharing my homicidal thoughts, which I thoroughly enjoy and revel in daydreaming about, but, because we must play well with others, I never get to act upon, but I digress.
You (cops) want to claim that he was intoxicated and armed and dangerous, but Gabe’s only crime was in wanting the crappiest fast food imaginable and your arresting him (while generating a classic booking photo), is pathetic.  You should be ashamed. 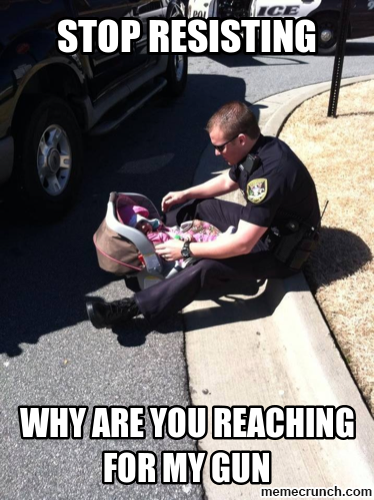 Memo to Gabe:  If I were anywhere near New Smyrna Beach then I’d represent you pro bono.  I hope that one of my colleagues will do the same, if for no other reason than because 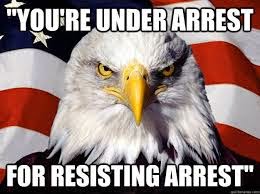 is a BS charge (not only in this case but as it is all too often used as an excuse to make an arrest where no other is warranted and simply because some citizen stood up to a cop, or where a cop felt thwarted and had no other means of demonstrating authority); and also because Taco Bell sucks… 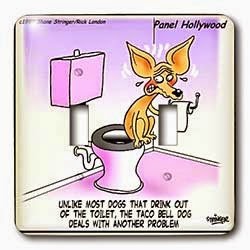