Cops are damned if they do & damned if they don’t: $130,000,000.00 civil lawsuit alleges that police SHOULD have arrested Plaintiff’s deceased son for DUI. Meet Peter Fedden… that’s him below, well the image of… Scroll down to read more!

December 21, 2014 / Michael A. Haber / No Comments
Cops are damned if they do & damned if they don’t: $130,000,000.00 civil lawsuit alleges that police SHOULD have arrested Plaintiff’s deceased son for DUI.
Meet Peter Fedden… that’s him below, well the image of Peter anyhow.  Sadly Peter died in July, 2013 at age 29 having driven his way into not 1 but 2 separate DUI fueled traffic crashes in one tragic evening. 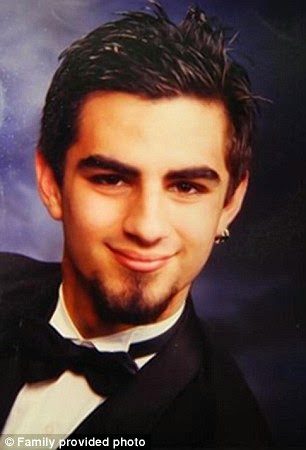 On July 30th, 2013, at about 11:30 pm, Peter was with some friends at a local Ruby Tuesdays.  After drinking Jack Daniels and smoking some of the ‘ole loco weed Peter and 2 of his pals left, with Peter driving.  Upon information and belief Peter lost control of the vehicle  at approximately 90 mph, and wrecked, after first ramming through a fence, across 2 laws and into a car parked in a driveway.  (Okay, that’s not a pic of Peter’s first accident below, its a mere “illustration”, but I like it just the same.) 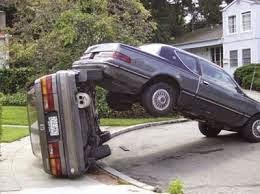 So the cops show up, 11:30ish, several of them recognizing young and smashed Peter (after all, Peter owned and operated the “Commack Breakfast Diner”, a local restaurant where he reportedly treated “cops-as-Kings”, charging all law enforcement officers a meager $1.00 per menu item), and, instead of taking him to the police station for booking and arrest, the cops cut their friend some slack and drove Peter home, all “Officer Friendly-like”. 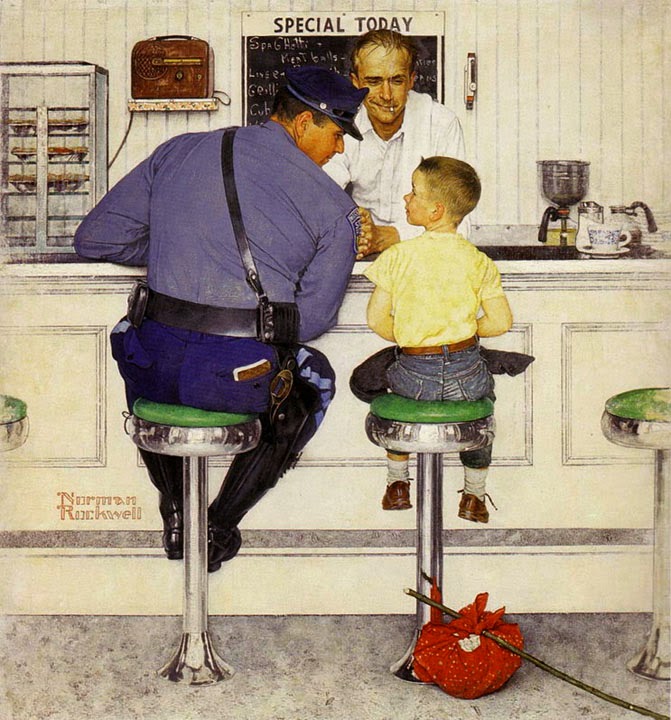 But alas, what does young Peter do?  Does he go inside, remove his shoes take a good long stare in the mirror first thanking God that he is alive and in one piece and then thanking the officers who didn’t cuff, print, photo and start a process which would cost him time, money, energy and emotion, not to fail to mention forever tarnish his reputation?  Nope.  Not Peter.  Peter snags the keys to his mom’s car, takes off to go who knows where, in the process hits speeds of up to 100 mph and then has a fatal accident by crashing mom’s car head first into the crick facade of an industrial park building.  (Yes, those are pictures of Peter and of his mom’s car, the car pic having been taken on the morning of July 31st, 2013.) 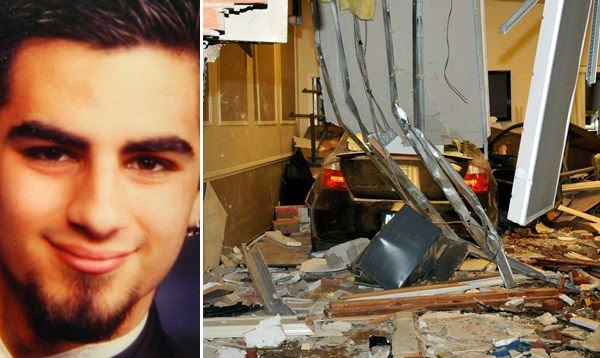 Mom is suing the police department seeking $130,000,00.00 (yup, $130 mil) claiming that they are responsible for her son’s death because, had they arrested him for DUI instead of being lenient with him and driving him home, then he could not have stolen her car and died in a 2nd DUI fueled traffic crash.  In other words, “but for” the cops not doing their job her son is dead. 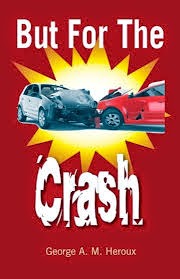 While there is some logic to mom’s claim of negligence, and although I am a meager criminal defense lawyer and do not purport to understand the complexities of civil litigation, I do recall a theory from my first year of law school Torts class called a “superseding, intervening factor which breaks the chain of causation” (or something like that).  Basically the theory goes like this:  After the negligent party acts negligently, something else happens which causes the injury.  Something like, I don’t know, someone stealing someone else’s car and driving after just having had a drunken car wreck and miraculously avoiding both injury and arrest? 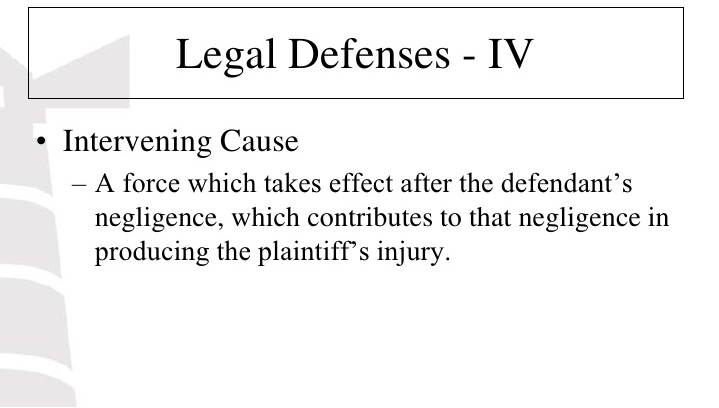 I suppose that mom is at least partially right (in that if the cops booked him in jail and kept him there long enough to get sober then that accident wouldn’t have happened), but still I find it a stretch to accept that the cops either indirectly caused or should be held responsible for Peter’s death.  I take this position for 3 reasons:  1)  In large part because, unlike Florida where we have a minimum mandatory 8 hour hold on any DUI arrestee, even if they did take Peter to the station they could have done a minimal booking and simply released him, leaving him free to do whatever incredibly stupid and perilous thing that he could imagine (in other words, taking him to the station might not have changed anything), 2) I refuse top believe that cops who considered themselves to be sufficiently personally vested in Peter so as to NOT arrest him would have left him had they any inkling that he was going to anything other than to stay put and 3) No one either forced Peter’s hand in his own demise now could the same likely reasonably have been predicted (and in any event it was he and he alone took those keys, got behind that wheel, went balls out and got himself killed).  People do stupid sh*t when they are drunk, and in the end we all have to accept responsibility for our own acts. 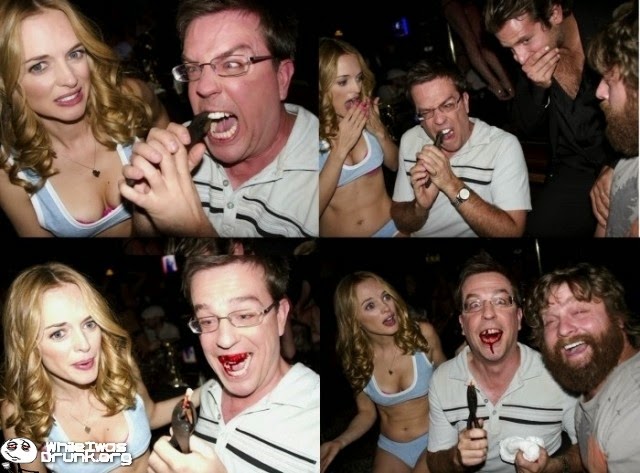 I feel horrible for Peter’s mom.  No parent wants to admit their child’s shortcomings and under no circumstances should any parent ever have to bury their own child, but, blaming the cops for Peter’s piss poor intoxicated decision making, costing the tax paxers money (win, lose or draw its costing the tax payer’s money) and lining the pockets of some ambulance chasing PI attorney will not do anything to honor Peter’s memory. 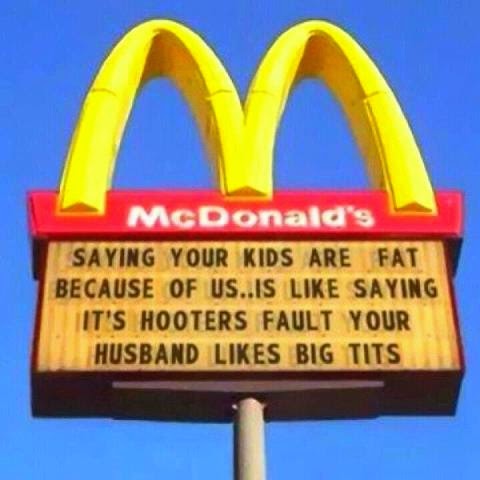 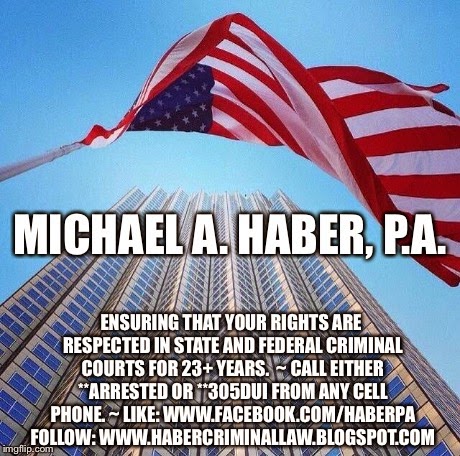