Sneaky PA Attorney General Accused of Perjury sends her Twin Sister ahead of her into Court to Trick Media ~ Call Michael A. Haber, Esq. @ 1-888-SHARK-8-1 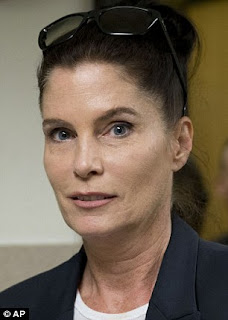 Actually that’s NOT Kathleen pictured above; Kathleen is actually pictured below… that is Kathleen’s twin sister Ellen Granahan above. 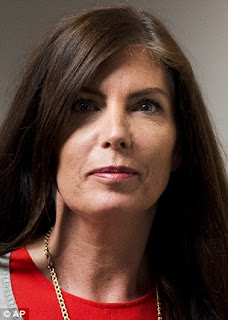 In an effort to trick the media Kathleen did the old switch-a-roo in Court yesterday, sending her twin sister into the Montgomery County Court House ahead of her and sneakily following behind so as to avoid the cameras. 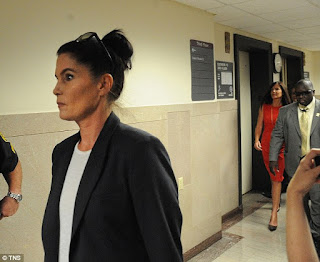 But the media figured it out and, four (4) hours later they were lying in wait for the real Kathleen, who was surrounded by cameras, microphones and media personnel. 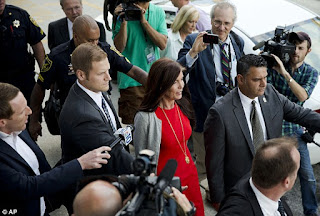 Why so sneaky?  Perhaps it is just Kathleen’s nature.  After all, yesterday the Judge ruled that she will in fact face trial on charges of “Obstructing the Administration of Law, Official Oppression, Perjury, Criminal Conspiracy and False Swearing to Move Forward to Trial” stemming from allegations that she shut down an investigation into state Democrats in order to protect her colleagues.   More specifically Kathleen stands accused of first sending secret grand jury documents (note that all aspects of grand jury proceedings are “secret”) to the Philadelphia Daily News discussing Frank Fina, the lead investigator who was handling a corruption case back in 2009, in an attempt to make him look “soft”.  This prompted an investigation which resulted in an allegation that Kathleen asked close confidante and former police chief Patrick Reese to spy for her, trawling through emails of staff at the Attorney General’s office looking for information on both the grand jury which was then investigating Kathleen and for additional information to be used against her rivals.  The icing, per prosecutors, is that Kathleen is then accused of lying about the alleged leak under oath at a later court hearing. 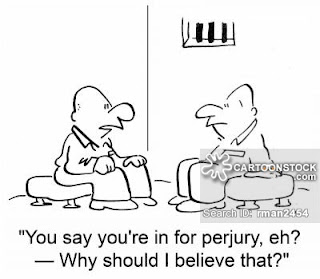 Memo to Kathleen:  I get what you tried to do…. avoid the press and all, but someone of your skill and savvy should know that it’s almost always a better tactic to face / look your accuser in the eye and either say nothing or deny, deny deny.  If your defense is, as reported, that you did nothing wrong, that you had actually tasked Reese with investigating pornographic images which were being sent by staff (and not to scour emails to both protect and arm you) and that you are now being victimized for taking on “an old-boys club of law enforcers” then you should simply say as much (or say nothing).  Regardless, you should know that 1) your actions will always speak louder than your words and 2) that your failed efforts at sneakiness will both a) backfire and b) fuel the “she’s a conniving liar” fire. 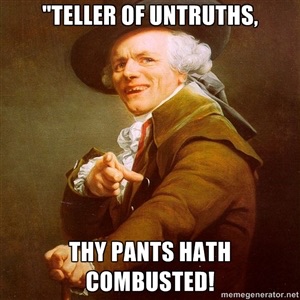