With Friends Like Sean Ludwick Who Needs Enemies? NY Man Drunkenly Crashes his Porsche into a Pole, Ejecting & Killing his “Friend” and gets caught Driving away from the Scene with Two Flat Tires Meet… Scroll down to read more!

September 1, 2015 / Michael A. Haber / No Comments
With Friends Like Sean Ludwick Who Needs Enemies? NY Man Drunkenly Crashes his Porsche into a Pole, Ejecting & Killing his “Friend” and gets caught Driving away from the Scene with Two Flat Tires
Meet 42 y/o Sean Ludwick, a flamboyant Manhattan real estate developer and perhaps the lousiest excuse for an alleged friend ever.  That’s him below… 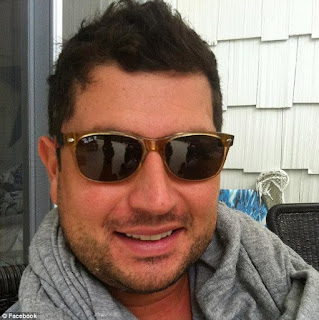 And here Sean is being escorted into the Southampton, NY Town Court on Monday, August 31st, 2015, donning a stylish white jumpsuit (as his clothes were impounded for evidence)… 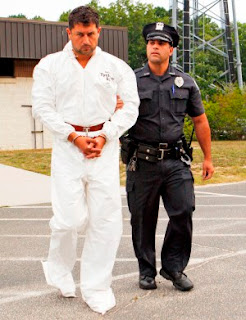 Sean has been charged with drunkenly slamming his Porsche into a utility pole and, after having been ejected from the vehicle, proceeding to leave his alleged buddy, 53 y/o Paul Hanson (pictured below), to die on the street directly in front of his home, at approximately 2:00 am while, Paul’s wife and two (2) children (aged 11 and 13) were safely asleep inside. 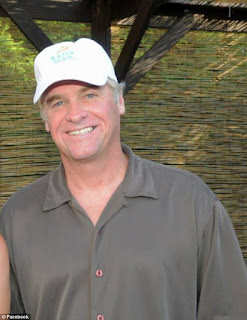 Per reports Ludwick was stopped by police just a few blocks from Hansen’s home while driving his wrecked Porsche with two (2) flat tires and other damage which confirmed the recent crash, which cops determined was caused when Ludwick lost control of his car and hit a pole. 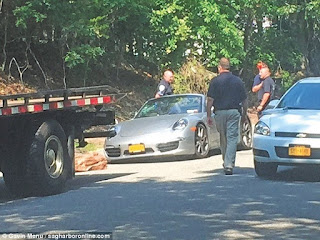 Ludwick was Arraigned on both a DWI (DUI) charge and a felony count of leaving the scene of a fatal crash, and was reportedly given a $1,000,000.00 bond.  In the meantime prosecutors and cops continue to investigate, looking to charge Ludwick with DUI Manslaughter.  Apart from believing that Ludwick was impaired at the time of the deadly accident he apparently has a criminal past, including a recent (February 17th, 2014) arrest and prosecution for breaking into his ex girlfriend’s (Lana Trevisan who is pictured below) Tribeca apartment in a drunken rage and painting penises on artwork throughout the residence after she allegedly cheated on him. Prosecutors alleged that Ludwick had used his own key to enter Lana’s apartment and “trash” the place. 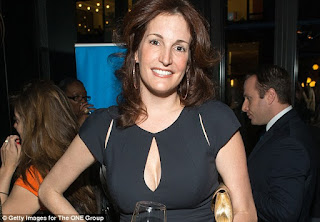 In addition to painting penises, Ludwick also allegedly sent emails to his Lana’s employer claiming that she was a home-wrecking “harlot” who had broken up four (4) marriages (this coming from Ludwick, a then-married father of two (2) who reportedly left his wife and kids to be with Lana in the first place).  Each of the paintings that Ludwick altered in Lana’s apartment was artwork that he had created.  At the time Ludwick went on record identifying himself as an amateur painter and stating (to the New York Post) that “I became unhappy when I found out she [Lana] was having an affair {so} I augmented my work to reflect my emotions at that moment.”  As icing, and in addition to the penises and emails, Ludwick allegedly used a knife to carve the words “Studio Art” onto two wooden stools and dump the remaining paint onto the floor.  Although his acts were significantly more serious Ludwick was ultimately permitted to plead guilty to a reduced charge of disorderly conduct. 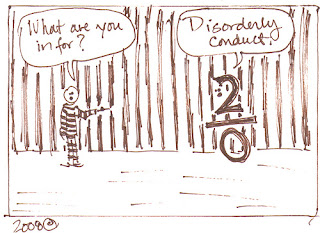 Ludwick reportedly has another prior arrest related to a different domestic violence incident with a different ex and for which he reportedly pleaded guilty to assault, battery and property destruction. Memo to Sean Ludwick:   You are a young man.  A founder and managing partner in a prestigious NYC real estate development firm. You had a family, consisting of a wife and two (2) kids.  You drove a Porsche.  And then you proceeded to squander what could have been, what should have been, a very nice life in favor of… 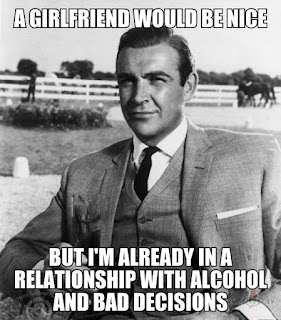 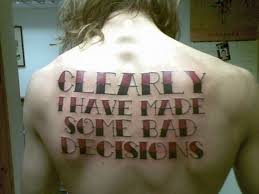 Memo to Sean Ludwick continued:  And now that you’ve sociopathically murdered your alleged friend you can say hello to your next girlfriend… 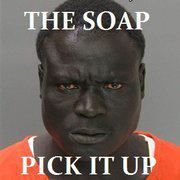 Memo to the Folks:   Taxi, Uber, Sit-Tight, Be a Passenger, Get a Room, Sleep it Off… THERE IS ALWAYS AN ALTERNATIVE! 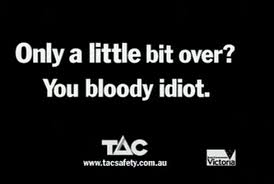 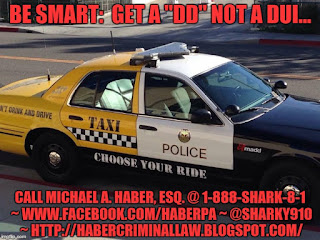 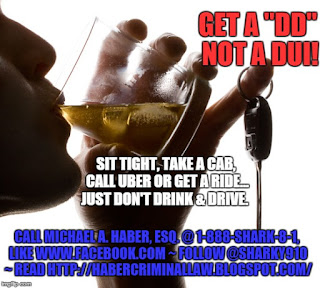