Fundamental Unfairness:  GA Judge Threatens to Jail Indigent Motorists Unless they Pony-Up Cash… What’s Worse is there’s no Record of the Proceedings… There is no such thing as a “debtor’s prison” in the United States… Scroll down to read more!

September 7, 2015 / Michael A. Haber / No Comments
Fundamental Unfairness:  GA Judge Threatens to Jail Indigent Motorists Unless they Pony-Up Cash… What’s Worse is there’s no Record of the Proceedings…
There is no such thing as a “debtor’s prison” in the United States (or at least there is not supposed to be), but, then again, there is also supposed to be fundamental fairness in American courts, even in Bowden, Georgia.  However, it seems that no one bothered to explain either of these basic concepts to Judge Richard A Diment (who is pictured below), a Georgia real estate lawyer who somehow is permitted to play Judge. 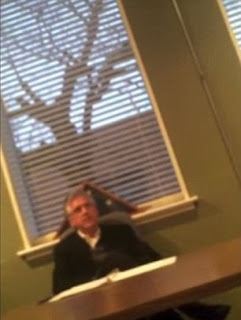 This guy runs quite the sadistic ship.  Barking at citizens, threatening to jail them if they don’t immediately pay his own court ordered fines, almost as if he has a financial stake in the matter.  (**Note that I have no reason to believe that he is profiting from this – it is more likely that he is making up for either having a very small penis or for being the “bitch” in his own home – I am simply making a point at this robed douche bag’s expense.)  And what’s worse is that there is no recording of the goings-on in this Courtroom, so there’s no independent “proof” of this jack-ass Judge’s incredulous actions. 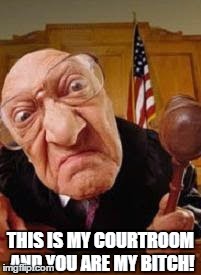 Well one citizen had enough and decided to surreptitiously record the Judge in action (you can see some the recording by clicking here).  To a woman who was fined $300.00, had just started working in a supermarket and had $150.00 on her person Judge Diment said:  “You can pay what you have, you can call who ever you need to call, go to A.T.M. if you need to, do what you need to do.  Call friends, call family, call your employer.  But until you get $300.00 here tonight you won’t be able to leave.” And then there’s the guy who hadn’t worked in two (2) years and who receives food stamps:  “You’re going to have to figure out a way to get this paid, do you understand me?  Or you’re going to go to jail. One or the other.  Do you understand?”  Judge Diment – who will hence forth forever and day be called “Judge Diment-o” – seems not to care at all about the law, the constitution or the people, and apparently just likes to throw his weight around, picking on unrepresented civilians. 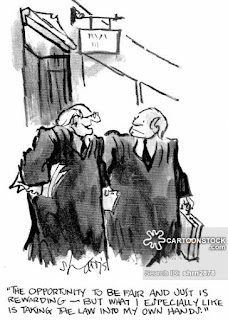 Well good luck with the Judicial inquiry there Judge Diment-o, because you have now been served… 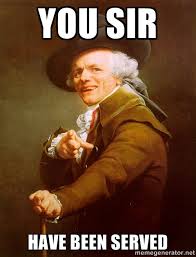 After reviewing the video footage Sarah Geraghty, a lawyer with the Southern Center for Human Rights, sent in a formal complaint to the city of Bowden, which launched an alleged investigation into Judge Diment-o’s courtroom practices.   The City of Bowden has since reportedly agreed to a set of “sweeping reforms aimed at returning fairness to the courtroom”, and Judge Diment-o has reportedly agreed to the same. 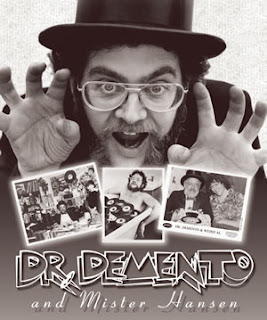 Personally I don’t care what the City of Bowden has agreed to or whether or not Judge Diment-o is okay with it.  Why?  Because I don’t like bullies, and I especially don’t like bullies in robes.  It is a privilege and an honor to be able to serve as a Judge, and, fortunately, the vast majority of those who make the sacrifice to do so both understand and agree with that philosophy and, simply put, there is no room for a Judge who does not utterly and completely accept that as fact.  I can’t speak to Georgia (after reading this story who knows what the hell goes on there) but here in Florida we have a little group called the “JQC” (the Judicial Qualification Commission), and their job is essentially to police and prosecute Judges who fail to live up to the high standards – while both on and off of the Bench – that are demanded of them.  This is the sacrifice of being a Judge (and also the main reason why I, a person who knows his limitations, never sought to be one). 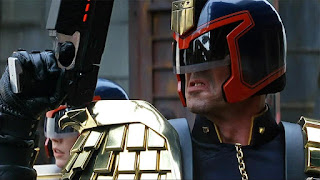 Memo to Judge Richard A Diment-o:  You, sir, are the unequivocal… 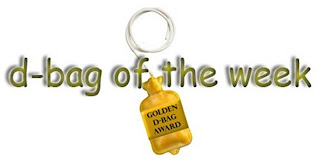