Video Captures Moment that FHP Trooper is called to Remove Unruly Woman from FL-DMV and gets Kicked in the Balls by Disgruntled Customer ~ Call Michael A. Haber, Esq. @ 1-888-SHARK-8-1

Hell Hath No Fury: Video Captures Moment that FHP Trooper is called to Remove Unruly Woman from FL-DMV and gets Kicked in the Balls by Disgruntled Customer Meet 31 year old Eleanore Stern of Boca Raton,… Scroll down to read more!

December 14, 2015 / Michael A. Haber / No Comments
Hell Hath No Fury: Video Captures Moment that FHP Trooper is called to Remove Unruly Woman from FL-DMV and gets Kicked in the Balls by Disgruntled Customer
Meet 31 year old Eleanore Stern of Boca Raton, Florida. That’s her (s)mug shot below. 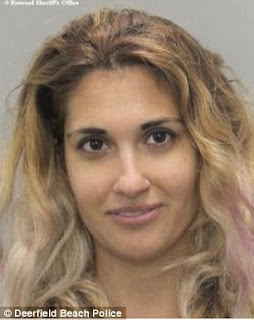 It is unsure precisely why Eleanore was at DMV but it is clear that she was making enough of a scene for a) a DMV employee to call for a Trooper to have her removed from the premises and b) for folks in line to start videotaping the incident (the video would ultimately be uploaded by Victoria Nascimento – who wrote on Facebook: “What I witnessed @ the Deerfield Beach DMV.” and can be seen by clicking here).

On the video Eleanore can be heard, apparently mocking the employee’s voice, telling an employee: “I’m not moving!”, at which time the trooper arrives, seeming to attempt to calm the situation by saying: “Ma’am, listen to me….”, but Eleanore is on a tear and so she replies: “No! Listen to me.” 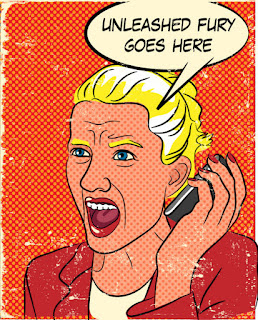 As the Trooper attempts to move her away from the counter an obviously irate Eleanore launches a physical attack, almost immediately kicking at the Tropper’s groin, and stunned eyewitnesses can be heard in the background saying:  “Oh my God”.   As she continues to attack the trooper Eleanore says:  “You have a badge and you can’t even fight! You can’t even fight. You can’t do sh**. These are the people that are here to protect us! You can’t do sh**.”  Shortly, however, she screams:  “Get off me! Get off me!”   As he tries to get her out of the door the Trooper asks: ‘”hat is wrong with you?”, at which point Eleanore wrestles her way back inside and says: “These are the people that can protect you. These are the people! Even though I kicked his ass, I’m out of here. Goodbye. I’m not going to jail!” 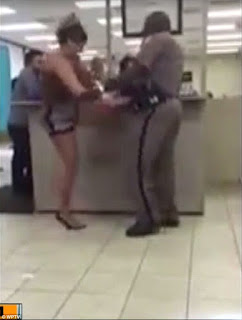 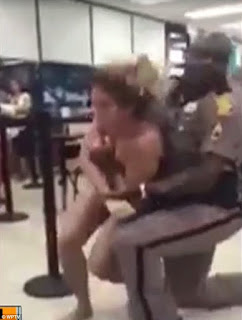 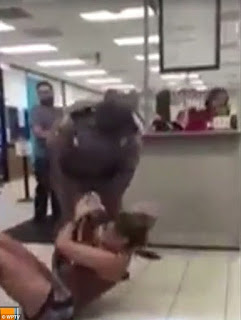 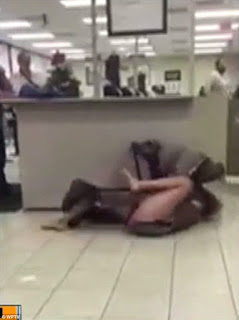 In the video Eleanore can be seen aggressively turning to face the trooper as she fights with him and holds onto him.  To his credit the Trooper keeps his calm while attempting to get her under control, but he is pretty much forced to throw her to the ground.  At some point, and in a bid to stop her attack, the Trooper covers Eleanore with his entire body but she does not stop her assault, instead she spins around on the floor, struggling for freedom as the Trooper battles to get her to stop.  After wiggling away the Trooper follows her and eventually manages to haul her out of the DMV office as shocked eyewitnesses looked on.  Eleanore was charged with one (1) count of resisting arrest. 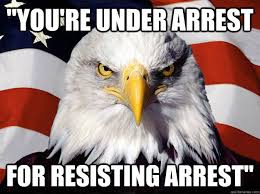 Memo to the Folks:   Yes, DMV can be the epitome of frustration…. 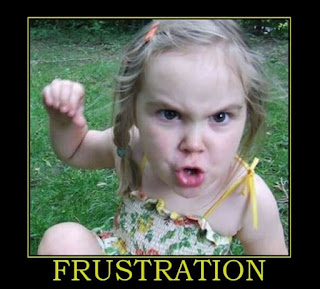 Memo to the Folks continued:  And it may well be true that… 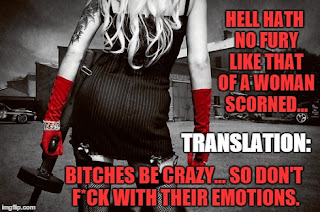 Memo to the Folks continued:  But it’s also true that….

Memo to Eleanore Stern:  You gotta know all of that going into DMV.
When it comes to the subject of “Cops, Courts and Constitutions” you should always have a skilled and experienced criminal defense attorney who is focused on serving your interests.  While we can’t stop the cops from arresting you, as your legal counsel Michael A. Haber, PA will ensure that your rights are respected from the moment that representation begins and that any abuses which may have occurred beforehand are remedied.