Q:     Should we accept Prosecutors offer for Juvenile Diversion or take it to the judge?  My 15 year old son and his best friend got into a fist fight, the other child hitting my… Scroll down to read more!

August 5, 2016 / Michael A. Haber / No Comments
Q:     Should we accept Prosecutors offer for Juvenile Diversion or take it to the judge?  My 15 year old son and his best friend got into a fist fight, the other child hitting my son first. They were caught by the Police as they were at a local park and now they are charging both boys with Battery and want us to meet with the Prosecuting Attorney with an offer for Diversion. Can they really charge the boys with battery? What are my options for my son as he was fighting back in self defense and they are still friends, neither one was hurt in the altercation. I cannot afford an Attorney do I ask for a Public Defender? What do I Not say when speaking to the Prosecutor and their offer of Diversion? My son has no prior record and I think it is wrong to charge them with battery. Advice please? We meet with Diversion Officer on Wednesday July 13th. 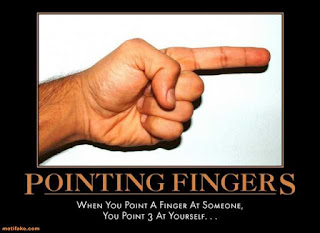 A:    Chosen as “Best Answer” by Asker on www.AVVO.com

Best Answer
chosen by asker
Answered 24 days ago. Q: Can they really charge the boys with battery?

A: Yes. But unless they have independent witnessed then they will have proof problems. Think about it. I can’t speak to ID per se buy in FL, and in most Sates, in order to prove a battery the government needs someone to take the witness stand and testify under oath that they were struck against their will. As both boys have a 5th Amendment privilege not to incriminate themselves. If they are both Defendant’s in criminal court – even if they are also both listed as government witnesses in the other’s case – they cannot be compelled to testify, and if they refuse to do so then the State will have a serious proof problem.

Q: What are my options for my son as he was fighting back in self defense and they are still friends, neither one was hurt in the altercation.

A: Your son can claim self-defense in his case as an affirmative defense to the battery charge, Again, I can’t speak to ID but in FL self-defense is an affirmative defense which the Defendant can plead but must then prove (meaning that the Defendant effectively says “yes, I did it, but it was not unlawful for me to have done so under the circumstances).

Q: I cannot afford an Attorney do I ask for a Public Defender?

A: If you cannot afford a lawyer then the court generally must appoint one.

Q: What do I Not say when speaking to the Prosecutor and their offer of Diversion?

A: You will be best served letting a lawyer speak to the prosecutor. You do not speak the language and are therefore not on even footing. It would be a most unbalanced “non”-conversation.

Q: (Kinda): My son has no prior record and I think it is wrong to charge them with battery.

A: Respectfully, your thoughts on the matter are irrelevant.

All of this said, diversion is a program which is designed to make you think twice about future criminality by way of making you jump through a series of proverbial hoops during a period of supervision, successful completion of which results in a dismissal. The program is owned and operated by the State Attorney’s Office and they have absolute and unequivocal discretion as to whether to admit you, keep you or “graduate” you from their program. Knowing that, the question now is whether or not diversion is right for your son.

If he sucks it up, does what he’s supposed to do (when and as it is supposed to be done) and if he does not do anything that he is not supposed to do, then diversion is a guaranteed victory, which is A) something that you will never get in a courtroom and B) not something to be brushed off lightly.

As my father taught me, sometimes you have to ask yourself “if the screwing I’ll get worth the screwing that I got”.

Still, the best way for you to get competent advise is going to be to have a face-to-face meeting with a Coeur D Alene, ID criminal defense lawyer who can follow-up on your information with questions of her/his own, as well as review the police reports and citations and then offer an informed opinion.

Although it is not tailored to ID I suggest that you take a look at mt AVVO Legal Guide on Diversion in Florida. It contains a great deal of information on the subject and should be helpful to you. For your convenience a link follows:

Michael A. Haber, Esq.’s AVVO Legal Guide on Pre-Trial intervention / Diversion: What is it and is it right for me? – http://www.avvo.com/legal-guides/ugc/pre-trial-…

I hope that I have been helpful in answering your question.

First, second and third: No attorney-client relationship exists by virtue of any Q&A with Michael A. Haber, Esq. on Avvo. Fourth: Anything that you post on Avvo (or on similar sites) or on any social media is by its nature public. It is essentially an admission / confession and can be introduced into evidence as a statement against your interest in a subsequent legal proceeding. Once posted you lose any reasonable expectation of privacy, so, as this is an open forum (with no privilege attached), please be extra careful when considering what to post online (forewarned is forearmed.)