Throw a Cop a Bone:  Hero Police K-9 Locates a Missing 4 y/o Autistic Boy who was Lost in the Woods and Leads him to Safety Meet “Cash”, a 5 y/o Mason County, Michigan Police K-9 who… Scroll down to read more!

November 10, 2016 / Michael A. Haber / No Comments
Throw a Cop a Bone:  Hero Police K-9 Locates a Missing 4 y/o Autistic Boy who was Lost in the Woods and Leads him to Safety
Meet “Cash”, a 5 y/o Mason County, Michigan Police K-9 who is apparently very well trained in tracking )as well as in searching for narcotics and apprehending criminals). That’s him below…. 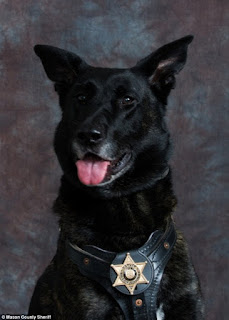 At about 4:00 pm on Thursday, October 6th, 2016, emergency services / 911 dispatch received a call from a frantic mother who reported that her 4 y/o autistic child had been missing in Victory Township for about 15 minutes. 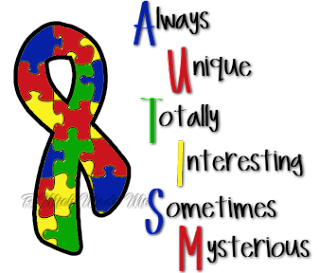 Moments later another woman, who reportedly lives a few miles away from the boy’s home, also called 911 to say she saw a young boy in her yard, and shortly thereafter, Mason County Deputy Ken Baum arrived with his partner, Cash, to start searching for the missing 4-year-old boy.  Per Mason County Sheriff Kim Cole, the area in question is full of “dangerous opportunities”, including a river and a pond that could prove to be hazardous to children. 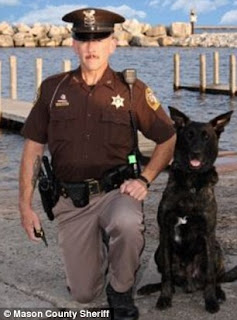 Deputy Baum and Cash started searching the wooded area near the woman’s home, covering a quarter of a mile of land and Cash picked up on the boy’s scent about 45 minutes into the search, quickly locating him.  But, despite Deputy Baum’s best effort at befriending the boy, the scared little boy would not come to him, so, over his radio Deputy Baum told dispatchers that while the child would not move he was drawn to Cash, and thus the handsome Dutch Shepherd intervened and led the boy out of the woods to safety.  Per Sheriff Cole:  “You can’t put a price on stuff like that.” 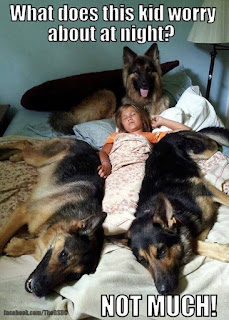 Memo to the Folks:  When properly trained and handled, police K-9’s are an excellent resource.  They locate evidence, they sniff out contraband, explosive, currency, even electronics, they find bodies (dead of living) and they collar bad guys who don’t wanna be caught.  Unless you are on the wrong end of the law Police K-9’s keep us safe.  Props to the poochies, and to their handlers. 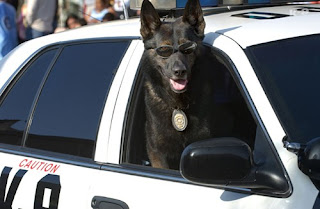