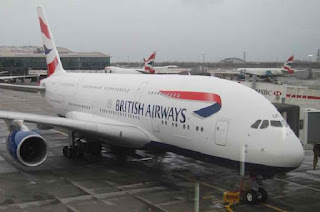 And this is what the cockpit of a Boeing 777 looks like…. 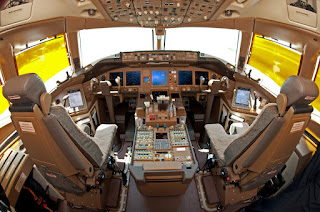 And this is what the cockpit of a British Airlines Boeing 777 looks like when a mostly naked male pilot who is wearing women’s stockings has an erection at 38,000 feet… 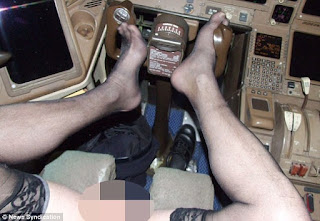 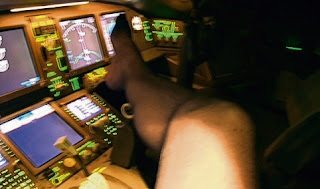 “Experts” (whomever the Hell they are) have reportedly determined that the pics are legit, and apparently they were able to do so by finding visible serial numbers in the pics.  One, “GYMMB”, is dually registered to both a flight simulator and an actual aircraft and the other, “GVIIL”, is reportedly registered to a 777 which is active in the British Airways fleet. 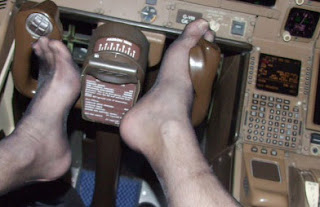 Captain Colin Glover, aged 51, has worked for British Airways for 26 years, is allegedly pictured below, and who adamantly denies that any of the cockpit photos are of him, has been suspended by the airline nonetheless. 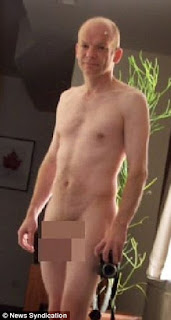 An alleged airline expert named Chris Yates reportedly went on record stating that “This is very dangerous if the plane is in mid-flight. If you are flying, you can fly into serious turbulence.”  Mr. Yates opined that it was unlikely the pictures were taken on a simulator because “you can tell by the lighting that it is a plane”.  Further, in response to whether the images could have been shot in a flight simulator, it is reported that there are no toilets like the one seen in one of the lewd photographs in airline simulators. 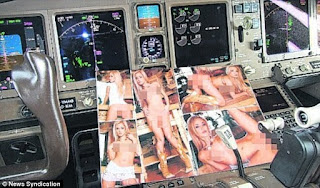 Memo to the Folks:  I know that it’s called a “cockpit” for a reason, but I do not think that the reason has anything to do with ejaculation…  I also prefer my pilots to keep their hands on the MECHANICAL joystick and I remind all pilots that things are okay until they get out of hand… 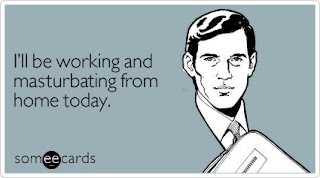