A 5 y/o FL Boy is rushed to the ER after a Teacher observed him Chewing on a used Condom in the Playground of St. Lucie Elementary School ~ Call Michael A. Haber, Esq. @ 1-888-SHARK-8-1

Safe Sex Leads to BioHazard: A 5 y/o FL Boy is rushed to the Hospital after a Teacher observed him Chewing on a used Condom in the Playground of St. Lucie Elementary School On Wednesday,… Scroll down to read more! 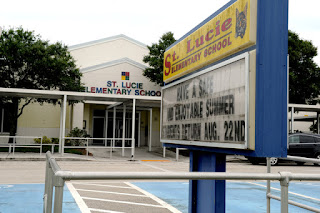 Why?  Because one of his teachers had observed him chewing on something which, upon closer inspection, turned out to have been a used condom. 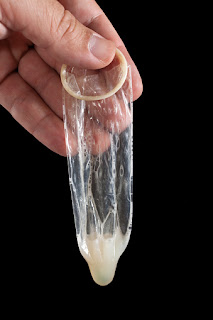 Does that picture (which is not of “the” used condom question) disgust you?  It does me.  Not that I have anything against condoms, used or otherwise, but I sure as sh*t do when they are discarded in an elementary school’s playground (no, that is not a pic of St. Lucie Elementary School’s playground – I couldn’t find one – rather, that is an elementary school in Chattanooga, TN, but you get the point…).

Back to our case… As soon as the teacher realized that the boy was chewing on a condom she immediately removed the disgusting item from his mouth and called the boy’s mother, who took him to a local hospital.  Miraculously, doctors determined that the boy had not been either hurt or infected the incident. 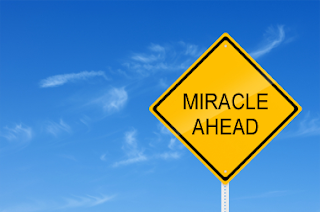 School officials promptly called the police who reportedly said it appeared to be an isolated incident but also that it could potentially indicate that prostitutes had been working in the area.  Either way law enforcement have since ramped-up patrols in the area, asking anyone who notices people having sex in public near the school to call them immediately.  Public Information Officer Ed Cunningham reportedly said that: “It’s pretty clear that someone was likely having sex there or near there, or (it’s) a possible prostitution issue, but we are not aware of any specifics.”  In the interim school security have reportedly stated that this is not the first time that “similar items” have been removed from the school’s playground.  So why are the cops blaming prostitutes? 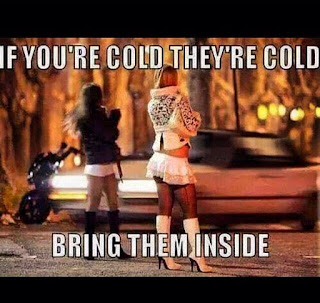 Memo to the Folks:  I don’t care if hookers were involved or not.  It is irrelevant.  What matters is that someone, whether commercially, recreationally or just plain old brainlessly, discarded a condom in an elementary school playground. Similarly, whether they had fetish sex on the kiddie playground or simply had the poor luck of tossing it out of a car window as they drove by, it remains incredibly douche baggerous behavior.  So to the person / persons who did this I say…. 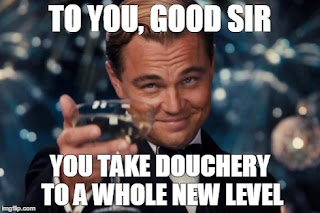 At Michael A. Haber, P.A. "it's all about reasonable doubt"! Whether in State or Federal Courts, Michael A. Haber, P.A. strives to ensure that his client's rights are respected and that his clients receive top-tier legal representation and counsel. For more than a quarter of a century I have striven to make Michael A. Haber, P.A. a business that custom tailors its services to meet the needs of the client. This incorporates such things as (but is not limited to) doing my best to meet clients at their convenience (as opposed to mine), in locations and at times which are mutually convenient (sometimes at their homes, places of business, independent ground - having free wifi and excellent coffee any Dunkin Donuts always works for me - and occasionally even at odd hours), structuring fees to reasonably accommodate the parties, making myself personally available to the client as close to 24/7 as is possible and, perhaps most importantly, giving careful and comprehensive consideration to both micro and macro issues in a given case so as to be able to agree upon and effort toward a viable litigation objective. This is why I refer to Michael A. Haber, P.A. proudly providing "boutique criminal defense litigation" (being "a small company that offers highly specialized services"), and this is a large part of Michael A. Haber, P.A.'s mission statement Accordingly, Michael A. Haber, P.A. has provided personalized and boutique legal services to both individuals and entities, primarily in the South Florida area, since 1991. With no history of professional discipline whatsoever, Michael A. Haber, Esq. zealously advocates his client's interests and custom tailors his services to meet each client's particular situation, needs and desires. Toward that end Michael A. Haber, Esq. makes himself directly available to his clients whether in person, over the phone (305-381-8686 or Toll Free 1-888-SHARK-8-1), by cell, verbally or text (305-798-2220), by e-mail (sharky910[email protected]) on Facebook ( http://www.facebook.com/haberpa ), on Twittter, (@Sharkjy910) on AOL/IM (Sharky910), and also why I consistently add information to the public on both the Michael A. Haber, P.A. Criminal Michael A Haber PA Criminal DUI Defense Litigation Miami Blog (http://www.habercriminallaw.blogspot.com/) and with my "Webisode" series on YouTube (http://www.youtube.com/c/MichaelHaberLaw), whcih currently features 222 briegf VideoFAQ's on a variety of Criminal Defense, DUI and BUI related topics. When you hire Michael A. Haber, P.A. you get Michael A. Haber, Esq.! And remember, at HaberPA, it's all about reasonable doubt!
Subscribe