FL Man is Arrested at a Walmart for Aggravated Assault with a Deadly Weapon after “Swinging Swords” at Customers in the Parking Lot ~ Call Michael A. Haber, Esq. @ 1-888-SHARK-8-1

A FL Man, who was already a Convicted Felon, is Arrested at the Brooksville Walmart for Aggravated Assault with a Deadly Weapon after “Swinging Swords” at Customers in the Parking Lot Admission / Confession time: It’s… Scroll down to read more!

March 31, 2017 / Michael A. Haber / No Comments
A FL Man, who was already a Convicted Felon, is Arrested at the Brooksville Walmart for Aggravated Assault with a Deadly Weapon after “Swinging Swords” at Customers in the Parking Lot
Admission / Confession time: It’s become somewhat of a routine for me to scour the internet in search of interesting, bizarre and even disgusting criminal defense and DUI related stories which I can recap and spin as a sort of PSA (or a “public service announcement”) of what not to do and how to stay out of legal trouble. 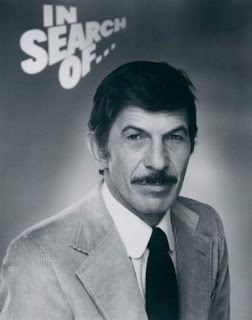 Admission / Confession time contiued: In this case, when I saw the first article (I always fact check articles to make sure that there are multiple, and credible, sources before I blog about them), it was entitled “FL Man Arrested for Sword Swinging in Walmart Parking Lot”.   As it turns out this was both a misleading caption and one that immediately caught my attention (as, “sword swinging” has an urban dictionary definition that is very different from that of Mr. Webster…). 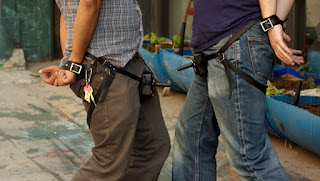 Admission / Confession time contiued: Be that as it may and as it turns out, while this story and our “hero” do not line up with my initial thought there nonetheless remains a lesson to be learned from this tale of woe… and it involves Florida Statutes 790.23. (Btw, the pic below came from an unsuccessful Google search for “convicted felon possession weapon funny” which turned up nothing even remotely funny, but which did return a still shot from my VideoFAQ / YouTube Webisode (# 144) entitled “What happens when a Convicted Felon is caught with a Weapon or Firearm in FL?”, and a link to that video will appear at the bottom of this article.) 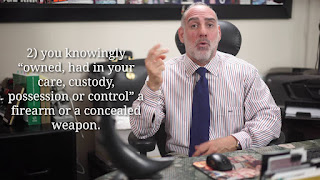 That said, meet 44 y/o Shannon Schenck of Brookeville, FL.  That’s his most recent mug shot below… 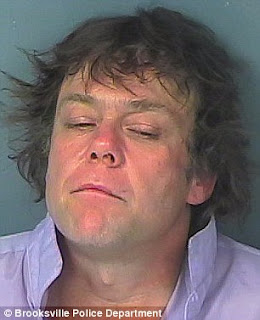 And here is his mug shot from 2013, when he was arrested, and reportedly convicted, of other (obviously unrelated) felony charges… 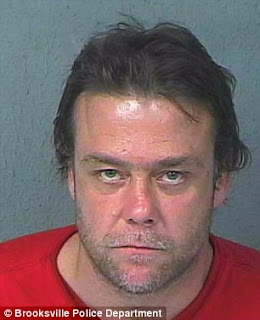 On Thursday, February 23, 2017 Hernando County Deputy Sheriff’s responded to the Brookeville Walmart (pictured below) parking lot after the store manager had called police to report a subject in the parking lot swinging swords towards customers in a threatening manner. 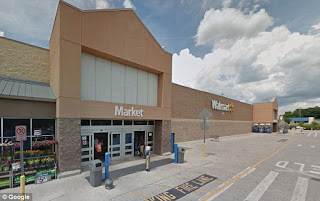 Sheriff’s Deputies responded at 12:04 pm and, per authorities: “Upon arrival, contact was made with Shannon Schenck, who had two (2) swords on his person and appeared to be under the influence of drugs and/or alcohol.  The investigation revealed that he had assumed a fighting stance and unsheathed the swords in a threatening manner while approaching customers exiting their vehicles.” 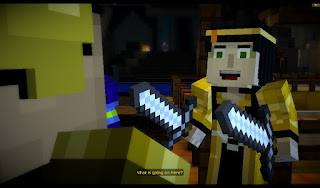 (Okay, that Minecraft pic was with my son in mind… Here is a more adult example…) 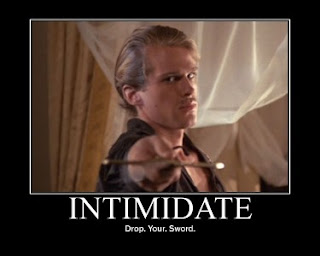 (And this is my personal favorite… I can;t believe that they’re ending Black Sails after only 4 seasons… but I digress… so, back to the story at hand….)  ‘Ole Shannon was arrested for aggravated assault with a deadly weapon, possession of a weapon by a convicted felon, misdemeanor possession of marijuana and for possession of drug paraphernalia, but the take-away from this story is that if you are a convicted felon then you are (in FL anyhow) prohibited from possessing either a firearm or a deadly weapon, and if you are caught in possession thereof then you will face a felony offense independent of whatever other offense that you may have committed (in Shannon’s case the most serious offense being aggravated assault with a deadly weapon). 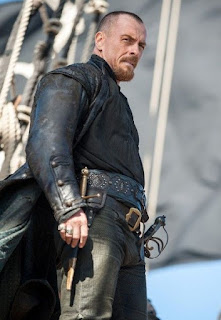 Memo to Shannon Schenck:   WTF were you thinking when you grabbed those swords?  You don’t even have a beard!  You do, however, have prior convictions in Hernando County Florida in the following boatload of felony cases (note that I am not going to list your plethora of misdemeanor convictions, only the felony convictions by crime and case number):  1) statutory enhanced theft (272012CF000095CFAXMX), 2) another statutorily enhanced theft (272012CF000096CFAXMX), 3) possession of a controlled substance (272009CF001218CFAXMX), 4) possession of an altered driver license (272008CF002453CFAXMX), 5) possession of a controlled substance (272004CF001960CFAXMX), 6) attempted manufacture of methamphetamine (272004CF001961CFAXMX), 7) introduction of contraband into a detention facility (271995CF000432CFAXMX), 8-11) sale of marijuana, felony possession of marijuana, sale of a controlled substance, possession of a controlled substance (271995CF000245CFAXMX), 12) burglary of a dwelling (271995CF000079CFAXMX), 13) sale, manufacture of PWID marijuana (271989CF000370CFAXMX) and 14) fleeing to elude a LEO (271988CT000047CTAXMX)… and those are just in Hernando County, FL. I didn’t check anywhere else.  With all of your theft and dope case I think it safe to say that you have a significant substance abuse issue but I refuse to believe that marijuana can be responsible, either in part or in whole, for your having armed yourself with swords and then acted violently toward the public.  Synthetic marijuana perhaps, but not the “kind”, which would encourage you to attack nothing other than a bag of Doritos, a pizza or some similar item. 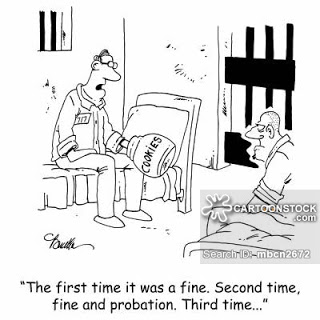 Memo to the Folks:   If you are a convicted felon and you are caught in possession of a concealed weapon or a firearm in Fl then you will face prosecution for a 2nd degree felony, punishable by up to 15 years in state prison.  The elements of the crime are simple: To be found guilty the State must prove that 1) You were convicted of a felony and that after that conviction 2) you knowingly “owned, had in your care, custody, possession or control” a firearm or a concealed weapon.  Because of the simplicity of the offense the issues that usually pop up surround the conviction and th issue of possession.  You do not need to be convicted of a felony in FL to violate F.S. 790.23; so long as the State can prove it in court, any felony conviction anywhere at anytime will suffice.  In fact the crime could even have been a misdemeanor in the place where you were convicted but if FL would consider it a felony then it will suffice for purposes of your prosecution.  Possession can be actual (you are holding it or it is on your person) or it can be constructive (you are not in actual possession but the object is close enough to your person so as to be “within ready reach” and is “under your control”).  Please watch HaberPA’s VideoFAQ / YouTube Webisode on “What happens when a Convicted Felon is caught with a Weapon or Firearm in FL?” by clicking on the video link below, and, if you like it, then PLEASE SUBSCRIBE to our YouTube Channel @ https://www.youtube.com/c/michaelhaberlaw.  We presently have 144 Criminal Defense, DUI & BUI related VideoFAQs / Webisodes and we have another 40 that have been filmed and are in production.
When it comes to the subject of “Cops, Courts and Constitutions” you should always have a skilled and experienced criminal defense attorney who is focused on serving your interests.  While we can’t stop the cops from arresting you, as your legal counsel Michael A. Haber, PA will ensure that your rights are respected from the moment that representation begins and that any abuses which may have occurred beforehand are remedied.