NY Burglar who is Observed in the Act by Home Surveillance App gets Shot in the Ass by Cops and Files $10Mil Civil Rights Lawsuit ~ Call Michael A. Haber, Esq. @ 1-888-SHARK-8-1

Frivolous Lawsuit FAIL!  A Career Burglar who is Caught in the Act, Wrestles with a Cop for his Gun, gets Shot in the Ass, Flees, is Captured and get’s locked up at Riker’s Island files… Scroll down to read more!

March 16, 2017 / Michael A. Haber / No Comments
Frivolous Lawsuit FAIL!  A Career Burglar who is Caught in the Act, Wrestles with a Cop for his Gun, gets Shot in the Ass, Flees, is Captured and get’s locked up at Riker’s Island files a $10Mil pro se Federal Lawsuit claiming that he has now has PTSD, is unable to Sleep through the night, Dreams of being killed by cops and that he suffers from a perpetual Fear of anyone in Uniform
Meet 38 y/o Felix Perez, bumbling burglar extraordinaire and pro se litigant.  That’s his most recent mug shot below… 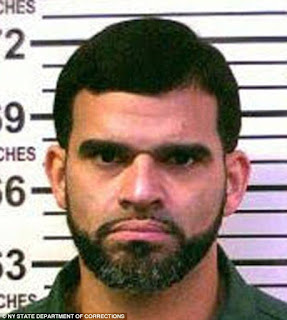 Felix, who already reportedly had six (6) burglary arrests on his record when NY cops found him in August, 2016 lurking through a home on 66th Street near Hull Avenue in Maspeth, Queens, picked up his 7th burglary arrest, as well as an assault charge and a bullet in his ass.

Back in August a resident called cops after she saw, on her live-feed cell phone app, an unknown man on her remote home surveillance system walking through her child’s bedroom.  Cops arrived and surrounded the brownstone.

Feliz, who was wearing shorts and a Yankees hat, was still hiding inside the home when cops entered.  Upon being confronted Felix reportedly got testy, a cop and Felix reportedly wrestled over control of the officer’s gun and in the process Felix was shot in the ass.  The gunshot can be heard in a video, which also captures Felix running out of the house (you can watch the video, which was reportedly filmed by a neighbor from across the street, by clicking here) and you can see a bloody Felix Perez making a run for it as patrol cars arrived on the scene, forcing cops to chase him through the neighborhood. 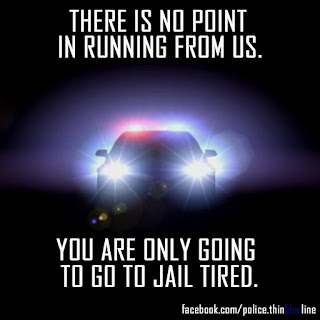 Felix is being held at Rikers Island on burglary and assault charges, and, in his pro se federal civil lawsuit (wherein he seeks $10,000,000.00 in damages), Felix claims that he is unable to get a good night’s sleep, that he now suffers from post-traumatic stress disorder and has “nightmares of being killed by officers and fear of anyone in uniform”.  Contrary to the police version of events, Felix, who reportedly stole rings, watches, earrings and a chain from the Maspeth house, claims in his Manhattan based Federal Court lawsuit that “I was shot by an officer of the 104th Precinct while trying to flee the scene of a burglary.  I was unarmed and showed no intention of harming anyone nor did I make any hand gestures indicating that I was armed or dangerous.”  The bullet, which “barely missed my femural [sic] artery, urethra and rectum”, remains lodged in his ass. 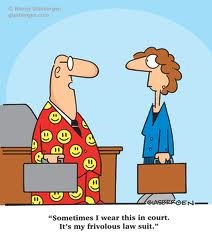 Memo to Felix Perez:  Unless there is video footage which completely contradicts the police version of events then you have a zero percent shot (no pun intended) at ever collecting a dime.  You, my misguided friend, are a career burglar, who was caught at the scene of a burglary, in possession of stolen goods, and you were shot either because you went for a cop’s gun or because you fled the scene of your crime.  Oh, as an aside, you should be losing sleep over your failed career choice, and it is entirely reasonable for you to have “nightmares of being killed by officers and fear of anyone in uniform”… because you are a career criminal.  Further, if you have PTSD then it is a direct, proximate and completely foreseeable consequence of your own misguided choices and actions.  Abraham Lincoln famously said that “he who represents himself has a fool for a lawyer”.  Congratulations.  You are that fool. 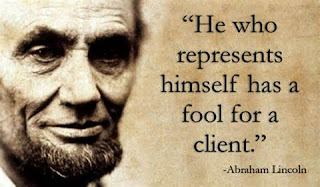 Memo to the Folks:  Always assume that wherever you are and whatever you are doing, you are being recorded, and govern yourselves accordingly! 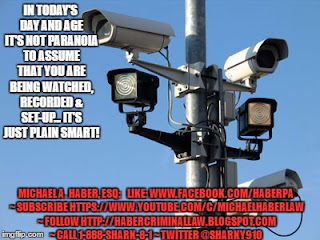