Police inadvertently discover an Inactive Meth Lab inside of a Sewer which was underneath the Parking Lot the Walmart in Amherst, NY ~ Call Michael A. Haber, Esq. @ 1-888-SHARK-8-1

Police inadvertently discover an Inactive Meth Lab inside of a Sewer which was underneath the Parking Lot the Walmart in Amherst, NY Amherst, NY.  Founded in 1818 and voted into the 2011 Top 100 Communities… Scroll down to read more!

August 11, 2016 / Michael A. Haber / No Comments
Police inadvertently discover an Inactive Meth Lab inside of a Sewer which was underneath the Parking Lot the Walmart in Amherst, NY
Amherst, NY.  Founded in 1818 and voted into the 2011 Top 100 Communities in the US…. But, like virtually everywhere else in today’s day and age it’s not without it’s issues… 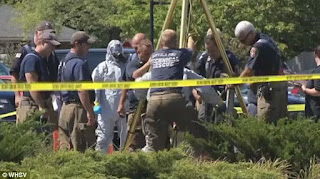 What you are looking at in the picture above is a group of police officers, some in hazmat suits, hoisting meth lab materials out of a sewer manhole in the local Walmart parking lot. 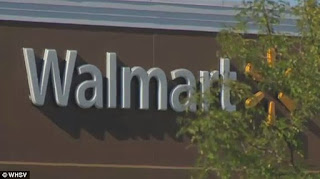 According to police routine patrolling officers noticed the distinctive smell emanating from in a sewer under the Amherst Walmart.  By early Monday morning, August 8th, 2016, Special Operations Response Team (SORT) investigators in hazmat suits had cordoned off a section of the car park and were taking evidence from a manhole which lead to an accessible culvert, promoting the find:  An old and inactive makeshift methamphetamine lab, rife with chemicals, spray paint and a substance that is believed to be methamphetamine. 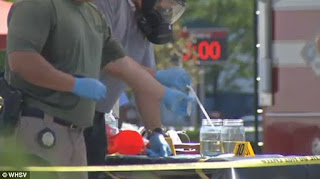 Per Amherst Police Captain Scott Chamberlin: “It happens all over the country, all over the state.  It’s out of the ordinary for Amherst.  Has it happened before? Yes.”  Police reportedly said there was no risk to the public, and Wal-Mart, as well as much of its parking lot, was allowed to remain open.  The lab was confirmed to be old and inactive, but the fact that it had existed at all baffled some.  Per witness Dawn Clowed:  “I mean, are we breathing in all this meth as we stand here?   Are, you know– I mean, this is crazy. Just not a safe environment, I mean, you can’t feel safe anywhere anymore.  Per Marie Jamieson:  “I seen men suited up, and I didn’t know if somebody got hurt or, you know, I didn’t know.  And then I was talking to somebody, and they said it was a meth lab. I’m like a meth lab? In Walmart’s parking lot? You know, that’s crazy!” 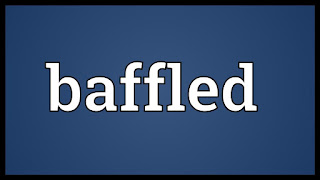 Authorities plan to look at the Wal-Mart store’s surveillance video to see if it shows people using the culvert but thus far no arrests have been made.