Police Officer WIN!  Watch VIDEO of a A Wisconsin Cop who stopped a College Student for Speeding and wound up letting him go with a Warning, but only after he first shows the Kid how… Scroll down to read more!

December 23, 2016 / Michael A. Haber / No Comments
Police Officer WIN!  Watch VIDEO of a A Wisconsin Cop who stopped a College Student for Speeding and wound up letting him go with a Warning, but only after he first shows the Kid how to properly Tie his Necktie before a Big Presentation
Officer Martin Folczyk of Wisconsin’s Menomonie Police Department takes “to serve and protect” to a whole new level…

Officer Folczyk  pulled over an unnamed University of Wisconsin-Stout student for speeding and ended up helping the student to tie his necktie. 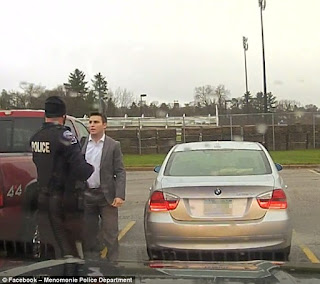 When initial contact was made Officer Folczyk told the student that he had been stopped for speeding.  A discussion ensured where the student explained to the officer that he was hoping to get his friend to help him tie his necktie for an important school presentation.  “I have to get a tie tied.  I have a presentation and I thought my buddy was home…and I’m running behind.” said the student.  Officer Folczyk replies: “Where’s your tie?”, prompting the student to takes a purple tie out of his backpack. Officer Folczyk then put the tie around his own neck and stated: “While I do this, why don’t you grab your proof of insurance and your driver’s license quick.” 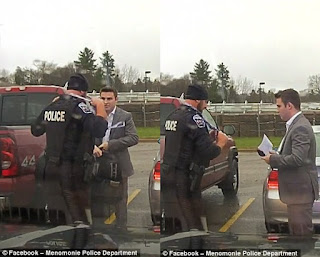 Officer Folczyk tied the tie and then handed the tie over to the student. 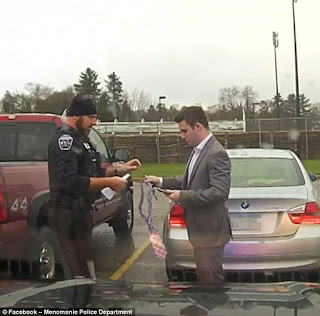 Telling the student that the tie should be adjustable Officer Folczyk then says: “Probably not the best knot, but it’ll work.” 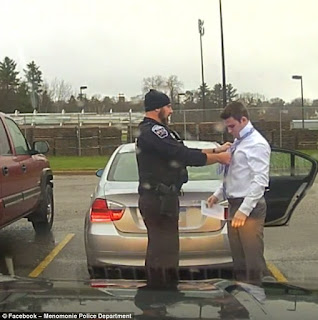 The student thanked Officer Folczyk adding: “A lot better than I was gonna do, that’s for sure.” 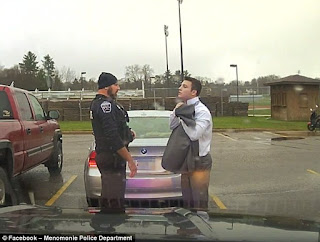 The pair then went over the student’s insurance before Officer Folczyk eyeballed his handiwork and decided to fix the tie up just a little more, joking that its “Kind of hard with all this crap on” as he tries to knot the tie over his uniform. 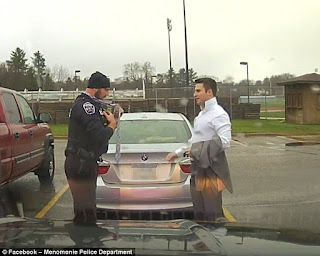 Officer Folczyk then handed the tie back to the student, worrying once again that it still may be too long, but the student reassures him that no one will be able to tell with is jacket on.  “Alright man, slow down!” Officer Folczyk says, leaving the student with a warning and a professional look before his presentation. 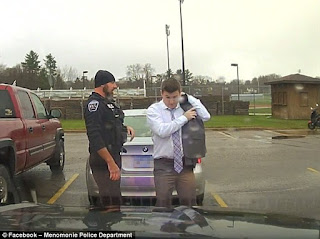 The video (which you can see by clicking here) was recorded on Officer Folczyk’s squad car’s dashboard camera and was released on the Menomonie Police Department’s Facebook page (which you can view by clicking here) on Monday, December 19th, 2016, has since going viral and, as of the time of this blog post it has racked up 617,000 views, 6,600 shares and 470 comments.

After viewing the footage, and in the best spirit of positive police citizen relations, Menomonie Police Chief Eric Atkinson reportedly invited the student back to the station so he could formally teach him how to knot his own necktie. 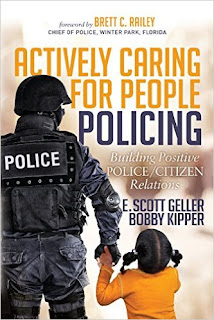