Social Media FAIL! MLKJr Day / “Wheels Up Guns Down” ATV Participant faces Extradition after being Arrested 1,000 Miles away and 2 Weeks after the fact because he Posted a Video of his Antics on… Scroll down to read more!

February 24, 2017 / Michael A. Haber / No Comments
Social Media FAIL! MLKJr Day / “Wheels Up Guns Down” ATV Participant faces Extradition after being Arrested 1,000 Miles away and 2 Weeks after the fact because he Posted a Video of his Antics on Instagram, leading Cops to scour his posts until the found a License Plate and were able to cross-reference a name and address…
Meet Wilfredo Garcia, Jr. of NY.  That’s a pic him (reportedly from his Facebook page) on an ATV below… 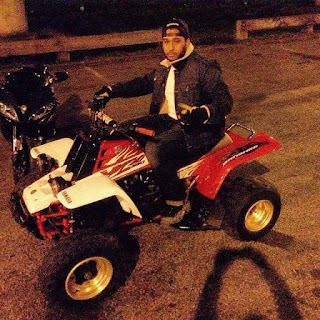 And here he is on an ATV on Martin Luther King, Jr. Day, 2017 in South Florida fleeing and eluding the law… 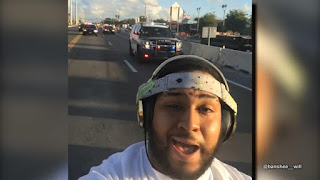 Fredo is having a blast… 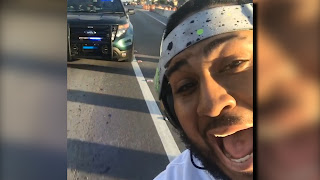 Just look at those selfie smiles! 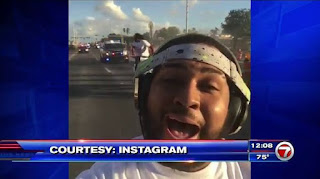 Fredo was participating in the annual unsanctioned “Wheels Up Guns Down” event” which has come to terrorize roadways and infuriate law enforcement as hundreds of participants (many from out of State) take to and rally upon Sooth FL roadways, flagrantly violating traffic laws, impeding flow and endangering themselves and others, all in the name of “peace”. 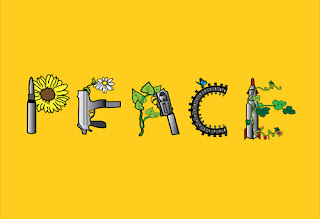 Because participants dare to take chances that cops cannot or will not mimic (such as using their off road vehicles to drive against traffic, cutting across private property and so forth) only a few get caught, but those who do are increasingly being treated harsher by the cops, who have banded together across jurisdictional lines to combat the event. 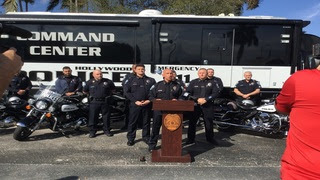 Anyhow, as you can see from the still pictures above (which were taken from a video that Wilfredo Garcia, Jr. posted to Instagram, and which you can see by clicking here) Wilfredo Garcia, Jr. was a willing participant in this year’s spectacle.  Per cops Fredo was cruising State Road 7 in Broward County, donning gold headphones and goggles as police vehicles gave chase with lights slashing and sirens blaring.  In the video you can hear Fredo yelling at cops to “shut up” as he continues to flee and elude the law.  Now ole’ Fredo may have known that he was pissing off the cops but what he apparently did not account for was that the cops noticed that he was using a “selfie stick”, prompting them think that he was recording himself (which he was), leading them to hit their computers and scour social media. 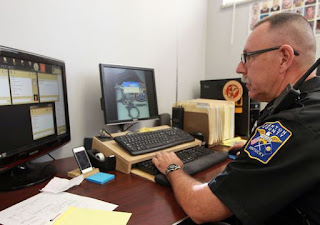 Imagine this:  Hollywood Police Officers searched social media for various keywords, including “#bikesupgunsdown”, and lo and behold they came across Fredo’s smiling, and incrimination, joyride video on Instagram.  The video alone was not enough to get cops to Fredo but as they scrolled through his other posts they came across one that clearly showed a PA license plate on a motorcycle, and a simple cross-reference through law enforcement databases led cops to A) Fredo’s identity, B) his address, and C) a Judge – who issued an arrest warrant. 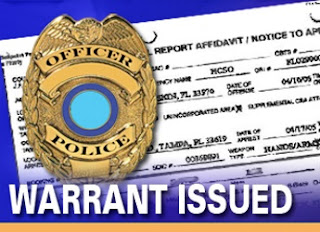 As of January 25, 2017 Fredo is sitting in a cell at Riker’s Island awaiting extradition to Broward County to face felony charges for Fleeing and Eluding (a felony) and Reckless Driving (a misdemeanor).