Dumb FL Criminal: Man takes Maserati for a Test Drive, Ditches the Salesman but apparently forgets that the Dealership has his Driver License ~ Call Michael A. Haber, Esq. @ 1-888-SHARK-8-1

Another Dumb FL Criminal: Man takes $150k Maserati for a Test Drive and somehow manages to Ditch the Salesman but apparently forgets that the Dealership has his Driver License… Meet 45 y/o Michael McGilvary.  That’s him… Scroll down to read more!

March 29, 2017 / Michael A. Haber / No Comments
Another Dumb FL Criminal: Man takes $150k Maserati for a Test Drive and somehow manages to Ditch the Salesman but apparently forgets that the Dealership has his Driver License…
Meet 45 y/o Michael McGilvary.  That’s him below. 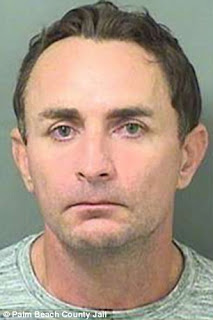 I think it fair to say that Michael won’t be getting an invite to join MENSA anytime soon. 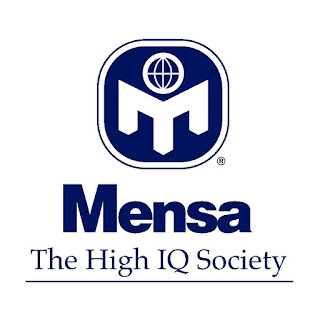 On Tuesday, February 21st, 2017 Michael appeared at the Ferrari-Maserati dealership in Fort Lauderdale and asked to test drive a Maserati. 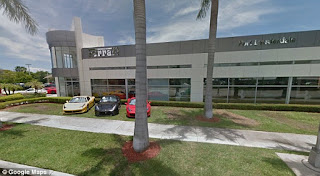 Michael reportedly told the salesman that he wanted to test drive the car to the Boca Raton Resort and Club, where his girlfriend was waiting, so that he could show her the $150,000.00 Maserati GranTurismo. 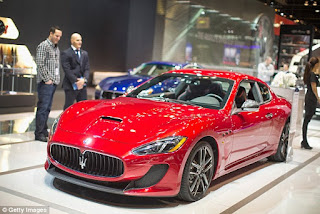 But after their 11 mile test drive, when the men arrived at the Club, Michael managed to ditch the salesman at the boat docks, taking off in the sleek sport’s car and stranding the salesman.  After 30 minutes had passed the salesman went back to the resort’s valet who reportedly informed him that he had seen Michael jump back into the Maserati and drive off. 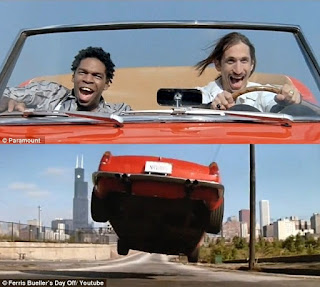 The embarrassed salesman reported the incident and it took a day, but the following day, on Wednesday, February 22nd, 2017, Boca Raton police caught up to Michael, sans the Maserati, at a local Starbucks.  Michael smartly refused to answer questions about the stolen car but he was stupidly busted for 1st degree grand theft because A) he was all over video tape at the dealership embarking on his test drive and B) he had handed over his driver’s license to the dealership when he initially took the car out for a spin and C) the Boca Raton Resort and Club’s valet supervisor reportedly identified him to police as someone that he had known for years.  After he was arrested Michael was reportedly presented with the video evidence of himself at the dealership and he still denied that it was him in the tape. 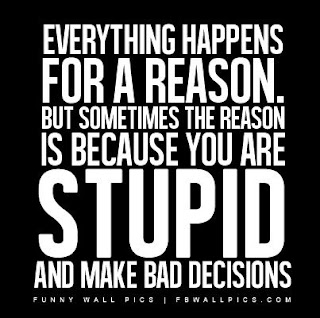 In an ironic twist, Michael was given a $10,000.00 bond on his 1st degree Grand Theft charge but he reportedly remains in custody in the Palm Beach County Jail because of a courtesy hold for the federal government as he has now also violated probation that he was serving on a federal charge out of Connecticut. 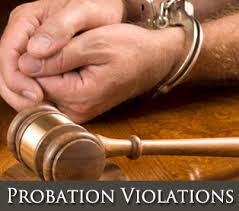 Memo to Michael McGilvary:  Congratulations!  Anyone can get arrested but you have taken it to a level that makes you one of…

At Michael A. Haber, P.A. "it's all about reasonable doubt"! Whether in State or Federal Courts, Michael A. Haber, P.A. strives to ensure that his client's rights are respected and that his clients receive top-tier legal representation and counsel. For more than a quarter of a century I have striven to make Michael A. Haber, P.A. a business that custom tailors its services to meet the needs of the client. This incorporates such things as (but is not limited to) doing my best to meet clients at their convenience (as opposed to mine), in locations and at times which are mutually convenient (sometimes at their homes, places of business, independent ground - having free wifi and excellent coffee any Dunkin Donuts always works for me - and occasionally even at odd hours), structuring fees to reasonably accommodate the parties, making myself personally available to the client as close to 24/7 as is possible and, perhaps most importantly, giving careful and comprehensive consideration to both micro and macro issues in a given case so as to be able to agree upon and effort toward a viable litigation objective. This is why I refer to Michael A. Haber, P.A. proudly providing "boutique criminal defense litigation" (being "a small company that offers highly specialized services"), and this is a large part of Michael A. Haber, P.A.'s mission statement Accordingly, Michael A. Haber, P.A. has provided personalized and boutique legal services to both individuals and entities, primarily in the South Florida area, since 1991. With no history of professional discipline whatsoever, Michael A. Haber, Esq. zealously advocates his client's interests and custom tailors his services to meet each client's particular situation, needs and desires. Toward that end Michael A. Haber, Esq. makes himself directly available to his clients whether in person, over the phone (305-381-8686 or Toll Free 1-888-SHARK-8-1), by cell, verbally or text (305-798-2220), by e-mail (shark[email protected]) on Facebook ( http://www.facebook.com/haberpa ), on Twittter, (@Sharkjy910) on AOL/IM (Sharky910), and also why I consistently add information to the public on both the Michael A. Haber, P.A. Criminal Michael A Haber PA Criminal DUI Defense Litigation Miami Blog (http://www.habercriminallaw.blogspot.com/) and with my "Webisode" series on YouTube (http://www.youtube.com/c/MichaelHaberLaw), whcih currently features 222 briegf VideoFAQ's on a variety of Criminal Defense, DUI and BUI related topics. When you hire Michael A. Haber, P.A. you get Michael A. Haber, Esq.! And remember, at HaberPA, it's all about reasonable doubt!
Subscribe