Man is Arrested for “Disturbing the Peace through Language” after saying “F*ck” in front of a 75 y/o Complaining Female Senior Citizen ~ Call Michael A. Haber, Esq. @ 1-888-SHARK-8-1

1st Amendment FAIL!  Per Louisiana Law a LA Man was Arrested for “Disturbing the Peace through Language and Disorderly Conduct” after he Uttered the Word “F*ck” in front of a 75 y/o Complaining Senior Citizen… Scroll down to read more!

April 18, 2017 / Michael A. Haber / No Comments
1st Amendment FAIL!  Per Louisiana Law a LA Man was Arrested for “Disturbing the Peace through Language and Disorderly Conduct” after he Uttered the Word “F*ck” in front of a 75 y/o Complaining Senior Citizen
This is the State of Louisiana.

And this is the United States of America (of which Louisiana is, allegedly, a part)… 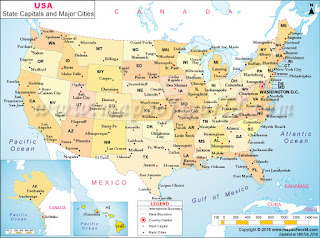 Louisiana is the only State in our union that subscribes to the Napoleonic Code. 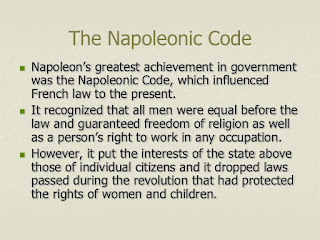 But still, bizarre as they wanna be on the Bayou, someone ‘aught to remind the folks who comprise the Louisiana Legislature that as a member of our Union they remain bound by the United States Constitution… 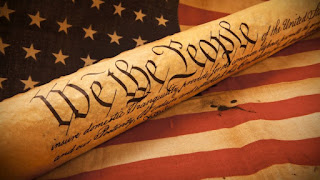 and if they bother to read said Constitution, then right there up front, in Amendment Numero Uno, there is a little ditty about “free speech”.

It’s important to know that while the 1st Amendment doesn’t guarantee completely free speech (there are some things that you just can’t say, and some placed where you just can;t sat them), unless your words fall into one of few shallow exceptions, the 1st does protect your speech, just as tasteless, stupid and idiotic as you utter it from your ludicrous pie hole….

And, to make it’s point, the United States Supreme Court has unequivocally ruled that the 1st doesn’t merely protect speech, it also protects physical acts that represent free speech, like, for instance, burning the American Flag… 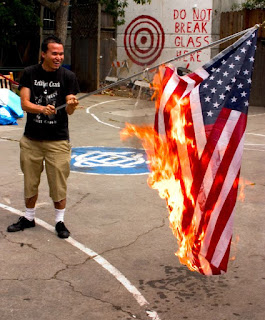 So why am I telling you all of this?  Well…. it’s because of 18 y/o Jared Dylan Smith (mug shot below) who was reportedly arrested and booked into the Ouachita Correctional Center (a Louisiana jail) on Saturday, April 8, 2017 for “disturbing the peace for swearing in the presence of a female senior citizen” after he allegedly said the work “f*ck” in front of a 75 y/o woman in West Monroe, Louisiana. 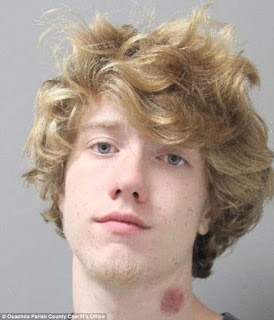 The Louisiana law in question (LA-RS 14:103, which you can see by clicking here), in relevant part (at paragraph (A)(2)), makes it a crime if you are: “Addressing any offensive, derisive, or annoying words to any other person who is lawfully in any street, or other public place; or call him by any offensive or derisive name, or make any noise or exclamation in his presence and hearing with the intent to deride, offend, or annoy him, or to prevent him from pursuing his lawful business, occupation, or duty”, and if found guilty then you face 90 days in jail and a $100.00 fine. 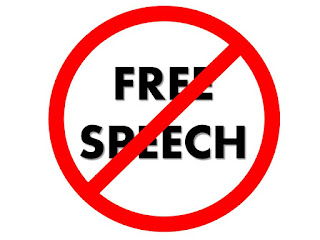 Memo to the Folks:  Let me be perfectly clear.  I am far from perfect but I do effort at being respectful to my elders; moreover I have put in great effort at teaching my almost 12 y/o son to show the same respect and courtesy for others that I expect of myself.  I would not intentionally say “f*ck” in front of a 75 y/o woman and if my son did so (which, for the record, he never, ever would) then I would smack the sh*t out of him.  And thus I do not condone Jared Dylan Smith’s saying what he said, as he is alleged to have said it, if in fact he did so.  But if he did say “f*ck” while standing next to a 75 y/o woman who took offense at Jared’s poor manners (or inattention, or what ever the cause may have been), well then Jared may deserve the same smack in the head that I’d give my son, but, just like the flag burning douche bags of the world, his poor taste in speech remains constitutionally protected. 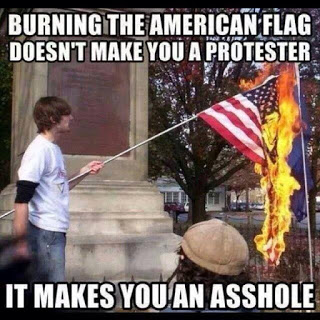 Memo to the Louisiana Legislature:  Jared Dylan Smith may be an a**hole, but his a**holiness is still protected by the 1st Amendment, and you are bound by said Amendment, and thus your over-broad and constitutionally defective revised statute (14:103), at least at subsection (A)(2), is bound to have the Layeth Down Smacked upon it’s Candy Ass, albeit not by the Rock but by the United States District Court. 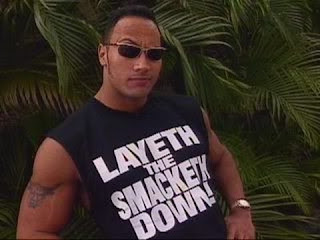